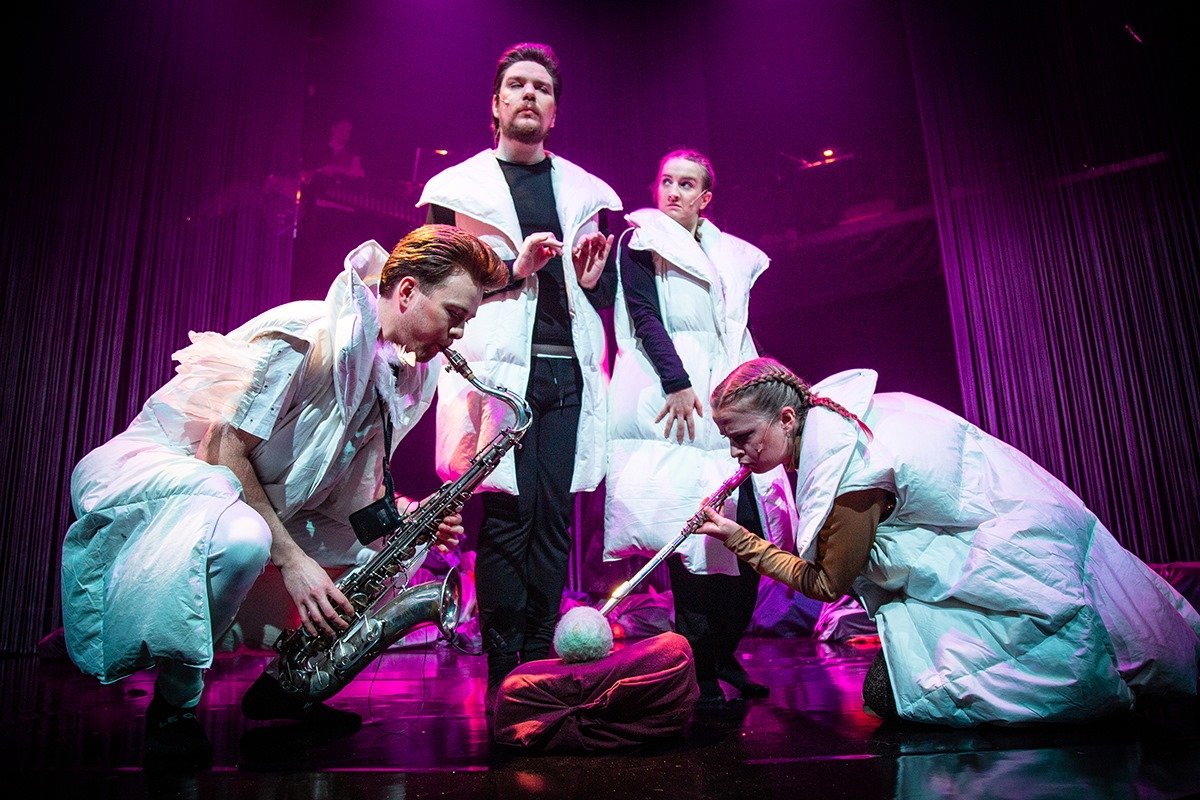 POSTPONED UNTIL A LATER DATE

Fuglabjargið (e. The Bird Cliff) is a visual and poetic opera for children, where the birds who inhabit the small island of “Skrúður” in the East of Iceland are observed through the passage of the seasons. A year in their life is told by three singers and live music played on bassoon, percussion, harp, saxophone and flute, and we watch how the seasons unfold with the passing of time.

The characters are all based on the birdlife on the actual island of Skrúður, and their behavioural patterns. Three singers jump between different characters of dramatic Northern Gannets, confused Puffins, energetic Little Auks, determined Guillemots and aggressive Cormorants through rapid costume changes while the flute and saxophone players dance along with the luxurious and jazzy Common Eider Ducks. The music is inspired by the island itself, written after a field trip to the shores of eastern Iceland taken during the summer of 2020, and also by the singing and noises of the birds themselves. The saxophone replicates the deep murmur of the Eider, the piccolo flute interprets the scared Guillemot chick leaving it’s nest.

The music is composed by Ingibjörg Ýr Skarphéðinsdóttir and Ragnheiður Erla Björnsdóttir, the libretto is written by Birnir Jón Sigurðsson and is directed by Hallveig Kristín Eiríksdóttir.

Get a ticket here